Image of the Day: Zombie Images


This image of the day showcases what I sometimes refer to as "zombie" images. No matter how many times they are debunked, these zombies keep rising from the dead to stumble forwards once more, leaving a trail of mis-information in their wake. 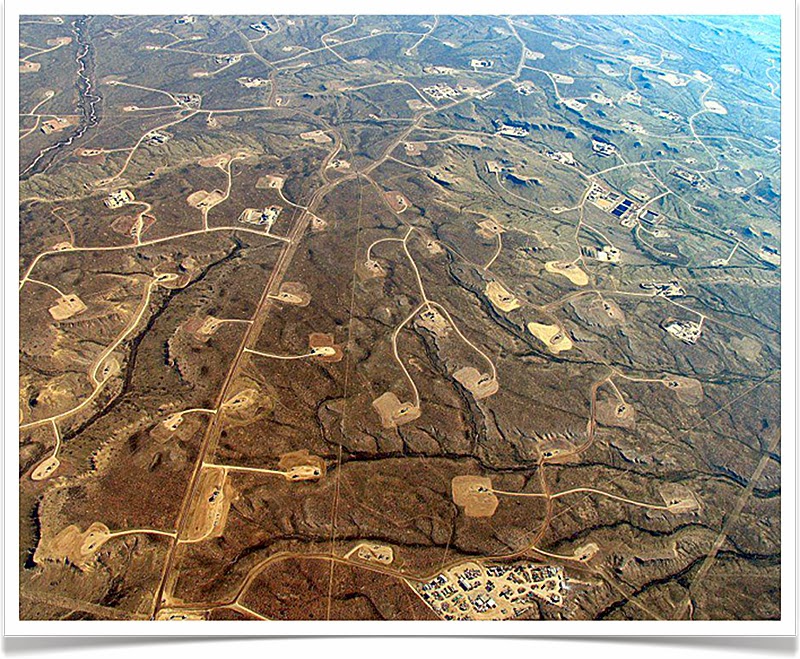 This first image, or variants thereof, is an aerial shot of the Jonah gas field, Wyoming. This zombie is usually summoned to show the potential cumulative impact of shale gas development, the sheer number of wells, pads and roads required.

The only problem is, this isn't a shale gas field - this is a conventional gas field. It was drilled in the early 1990s, before the widespread use of horizontal drilling. Without horizontal wells, lots of vertical wells, closely spaced together, are required, as we can see at Jonah. Horizontal drills allow an operator to reach a much larger area from a single pad.


The next zombie is a very common one: this image can even be found on the BBC's website, although similar ones can be found everywhere. You'll note that the depth of the well is approximately twice that of the drilling rig. This implies that the well extends to a depth of about 50-60m, when in fact most shale gas wells will extend to depths of more than 2,000m. This is an error in scale of 4000%.

In a way I sympathise with the makers of such infographic, because these wells are so deep that drawing them to scale is actually quite challenging - you need a long piece of paper. However, at the very least this zombie should come with a nice clear health warning - the vertical scale is extremely misleading.

For a better idea of the true scale, this image by Ground-Gas Solutions does a reasonable job: 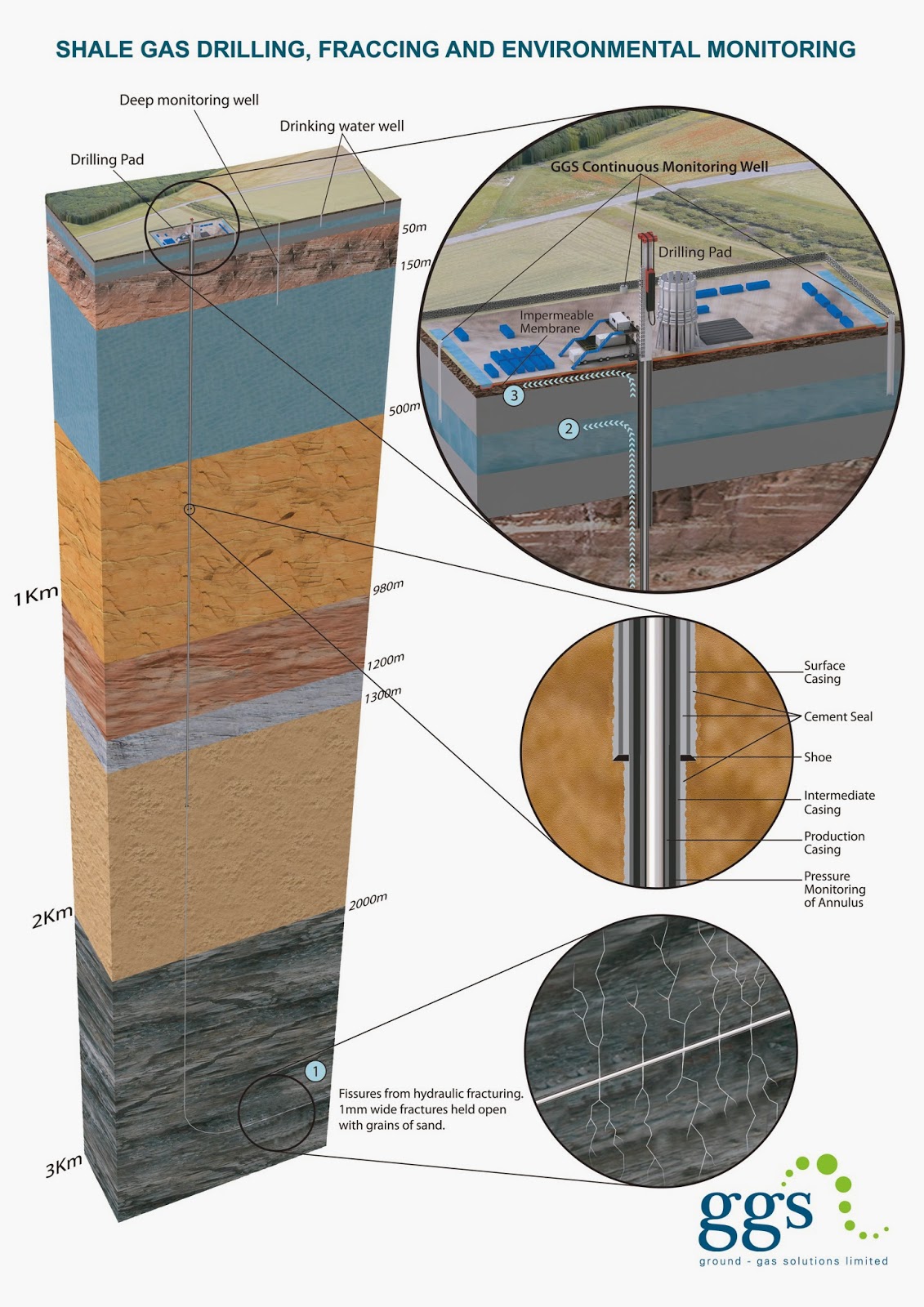 Update (29.9.2014): I should add that this second zombie is a pervasive zombie indeed. He even appears on UKOOG's website.

Carbon capture and storage faces the same issue - it can be difficult to demonstrate in true scale the depths at which CO2 is buried for storage. Again, opponents can easily make out-of-scale images showing the gas a few metres below the surface ready to burst out at a moments notice. Another good true-scale image was put together by the operators of the Aquistore CCS project, Canada: 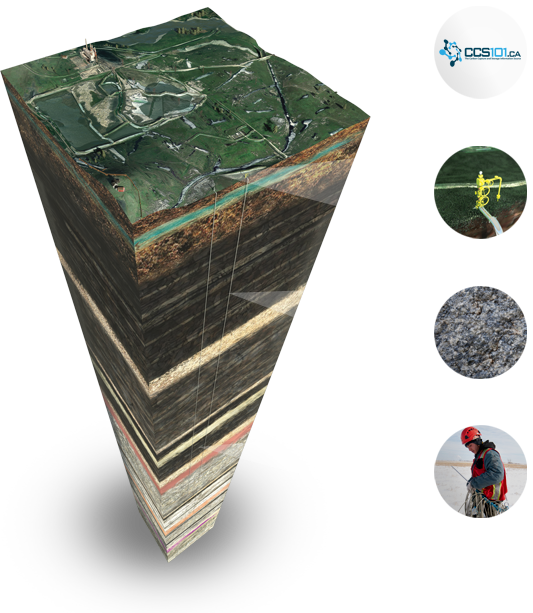 
One of the difficulties in the current shale gas debate is that good data is hard to come by. Operators collect lots of data from around their sites, including water sampling to test for pollution, and geophysical monitoring to track where the fractures went during stimulation. However, this data is often considered commercially sensitive, so it rarely sees the light of day.

A government-sponsored project would be very useful, because it would provide a test-bed for an extensive monitoring program. All data could then be made public, and the claims of all those involved in the shale gas debate openly tested.

This is exactly what has been happened in the USA, with the final report released this week. The US National Energy Technology Lab (NETL) sponsored a monitoring program at a hydraulic fracking operation in Greene County, Pennsylvania. The monitoring program consisted of 2 parts: microseismic monitoring to track the fractures created by the stimulation, and geochemical sampling in overlying layers to test whether any contamination has occurred. Most importantly, because the data is publicly available, it's a great opportunity to talk through the anatomy of hydraulic stimulation.

The first stage of shale gas extraction is to drill horizontal wells through which the fracking will be done. The figure below shows a map of the lateral wells drilled. Those in the yellow box were the 6 wells that made up the NETL study. 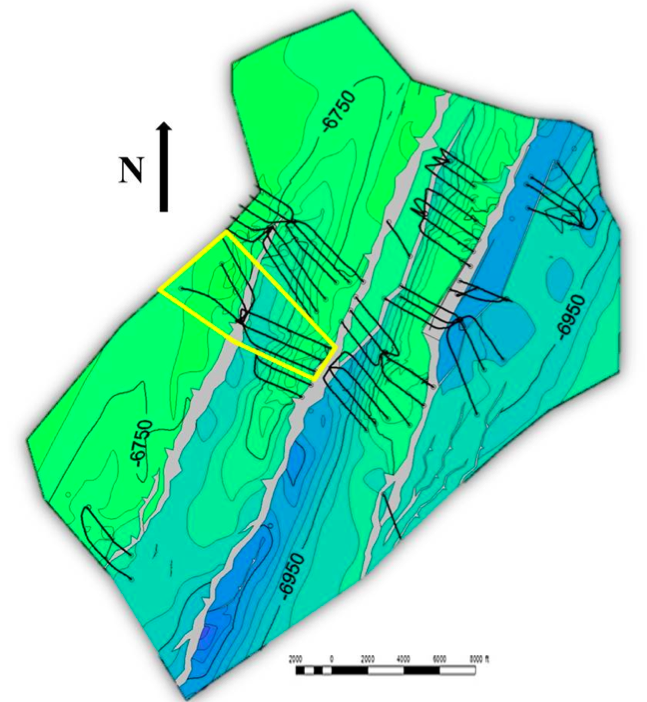 
This week's most newsworthy study examines methane contamination in wells in Pennsylvania and Texas, linking them with drilling activities. It is authored by the same Duke group who have published on this topic a number of times now.

In the new study, the authors analyse the geochemistry of methane and groundwater around shale gas wells. As well as measuring the geochemistry of the methane, they measure other geochemical variables such as noble gas isotope ratios and salinities, in order to get a better handle of what might be leading to the elevated methane levels.

They find that in some cases the evidence points to a deep source of methane that has migrated relatively rapidly, with little contact with the rock layers that lie in between shallow aquifers and the deep layers in which fracking is conducted. The most obvious conclusion to make is that methane is not getting into shallow layers through cracks and fractures in the rock, but that methane migration through faulty well bores to the surface is a possibility.

The study has, for obvious reasons, garnered a lot of publicity. However, the more I thought about it, the less newsworthy the study becomes. In actual fact, I think it tells us little that we didn't already know.

We already know that faulty cement and/or casing can allow methane migration from depth. We already know that in a handful of cases in Pennsylvania, poor working practice from certain operators has lead to cement/casing problems - these companies have been prosecuted and fined by the Pennsylvania Department of Environmental Protection. So it's hardly surprising that the authors of the study were able to find cases where the geochemical evidence pointed to this issue.

A new life cycle assessment for UK shale gas has been released by researchers from the University of Manchester. This study considers a range of potential environmental impacts. Most significantly, it compares shale gas extraction against a host of other energy technologies, including conventional gas, coal, nuclear power and renewables.

This sort of comparison is very important, because when it comes to energy sources, we have to choose how our energy mix should be balanced. All sources of energy have impacts, and we can't say no to all of them.

Equally significant is the fact that the study doesn't just consider the global warming impact of the various technologies (the global warming potential, or GWP), but a whole host of environmental factors , including the use of abiotic resources (rare earth elements etc), acidification, eutrophication, freshwater, marine, terrestrial and human toxicity, and ozone depletion.

Before I get into the details of the study, the first figure I'll borrow is the one that compares the global warming potential (GWP), according to the various previous studies: 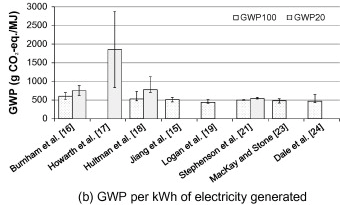 Update 21.9.2014: I thought it unlikely that DECC would provide a response to MyFrackingQuestions, which is why I wrote this post. It seems that I was wrong, DECC have now provided an official response.

The latest shale gas publicity stunt, which follows on from the damp squib that was TalkFracking, is MyFrackingQuestions, a website that allows users to put together a customised email to be sent to Matthew Hancock, the new Minister of State for Energy.

Sadly, I suspect that Mr Hancock will be too busy to get round to providing detailed answers. To make up for this, I have provided some My Fracking Answers. The MFQ questions, divided in a topic-by-topic basis, are in italics, followed by My Fracking Answers: