The Task Force on Shale Gas has released its latest report, this time covering issues of climate change. It's available here, and commentary is available from the Times and the Guardian.

The report's conclusions are:

All of this will come to no surprise to Frackland readers. In this post I point out that shale development in the USA has actually helped renewables development, not hindered it, while I have been calling for the government to commit to re-investing shale gas revenues in low-carbon tech for a number of years now - here's me on the subject almost exactly two years ago. I can only conclude that Lord Smith and his task force must also be avid readers of this blog!

Labour, fracking and "the desolate north"


The political news at present is saturated with the popcorn-fest that is the Labour leadership contest. In a recent post I criticised Andy Burhnam, the front-runner at the time. Mr Burnham was upset with the way that fracking licences had apparently been "thrown about like confetti". He was, it seemed, blissfully unaware that the licences he was upset about had actually been awarded in 2008, when Labour were in government and he himself was a cabinet member.

Today's post is about more non-joined-up thinking from senior Labour figures. In a for-and-against debate with Energy Secretary Andrea Leadsom in the Yorkshire Post, Shadow Cabinet member Michael Dugher (Shadow Transport Secretary) argues that the Tories see the North of England as "a soft touch" for fracking. He states that "Given that not one of the fracking licences covers anywhere south of Leicester, alarm bells should be ringing here".

This statement is not entirely true. Some of the 14th round licences have been awarded outright already, but many more will be awarded subject to further consultation, because there is overlap between the license areas and special habitats protected by the Conservation of Habitats and Species Regulations (2010). Below is a map showing these licences - light green is licences awarded in the 14th round, dark green is licences to be awarded subject to this consultation, and the light beige is existing licences (where fracking could also be conducted). So there are plenty of places south of Leicester where fracking could be allowed (subject to the usual environmental permits, planning permission etc.). 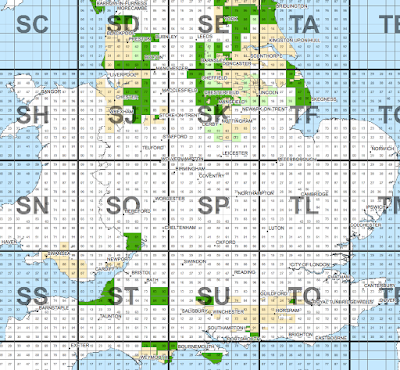 However, it's worth considering in a little more detail where fracking is likely to take place, especially in light of the recent Infratructure Act, which included provisions for shale gas extraction. Of particular note is the amendment pushed through by the Labour party. Included in this is a stipulation that:

So fracking cannot be used in shale deposits at depths of 1000m. As far as I'm concerned, this is a silly rule - far better to assess the geological conditions at any individual site, perform risk assessments, and make a decision about whether it is or is not safe to conduct a frack at a given depth. Such an assessment would consider whether there are sensitive aquifers present, the depths to which these aquifers extend, whether the geomechanical conditions are such that they are likely to promote significant upward fracture growth, whether the hydrological conditions are such that upward fluid migration would be encouraged, and the presence of low-permeability layers between the shale and aquifers that would prevent such upward fluid migration.

However, Labour insisted that we should instead have a blanket 1000m ban, so a 1000m ban is what we have. While there are potential shale deposits in the South of England, many of the most prospective of them are shallower than 1000m depth. Therefore, with the new Infrastructure Bill in place, operators are no longer as interested in them.

In short, Mr Dugher is trying to claim that, for political reasons, the Conservatives are giving out licences in the North, but not in the South. In fact, the reality is that, for geological reasons, Mr Dugher and his Labour party colleagues have made sure that fracking operations will be focussed in the North, and essentially issued a de facto ban on fracking in the South. Much like Mr Burnham, without realising it he is criticising his own policy decisions.


Any discussion involving Labour politics at present of course cannot ignore the rise of Jeremy Corbyn. Mr Corbyn is strongly opposed to fracking, having recently sponsored an early day motion calling for a moratorium. However, he is in favour of re-opening coal mines in the UK. These positions are spectacularly condradictory. By whatever measure you choose, coal mining is worse than shale gas: 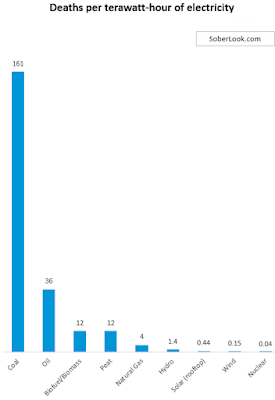 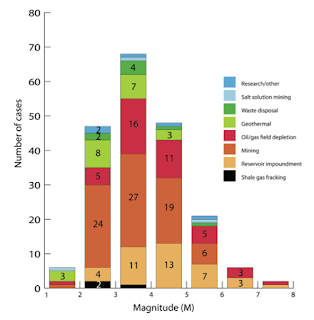 Given the above, I'd love for Mr Corbyn to explain why and how these contradictions can be resolved such that fracking should be the subject of a ban, but that coal mines should be re-opened?