Spot the Well Pads in Dallas-Fort Worth

A few weeks ago, Boris Johnson suggested bringing shale gas drilling to the outskirts of London. Surely this area is far too overpopulated to have space for such activity? Perhaps not, if the experience of Dallas-Fort Worth is anything to go by, as I mentioned during a recent radio interview.

So, lets take a look at a shale gas drilling site in Fort Worth. Here's a portion from the air: 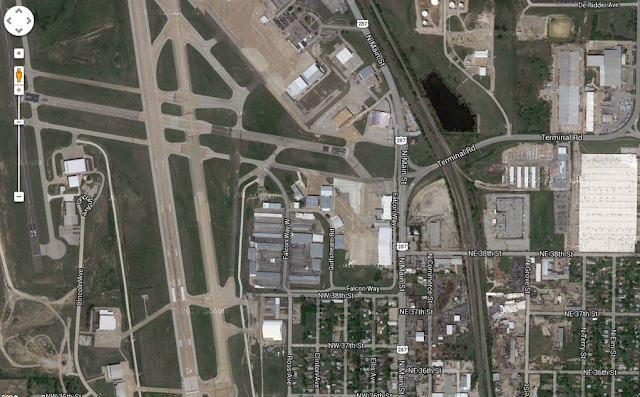 The runways you can see are those of Fort Worth Meacham International Airport. Can you see the shale gas well site? You've probably missed it, so I've circled the most obvious evidence - two rows of yellow tanks: 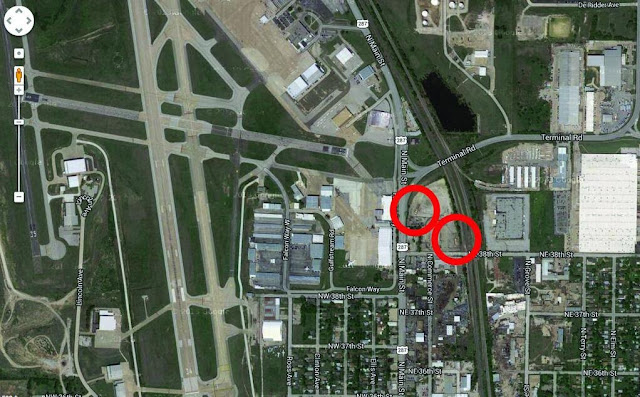 Lets zoom in for a closer look: 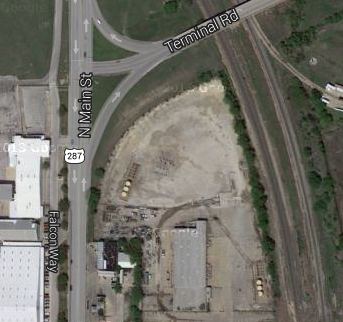 You can see the tanks more clearly now, although the well-heads themselves are harder to see. Slightly frustratingly, when you try to zoom in on Google maps, the view changes to an earlier photo, but this is actually a good thing because you can see the wells under construction: many containers of equipment around the edge of the pad, and only a couple of well-heads placed: 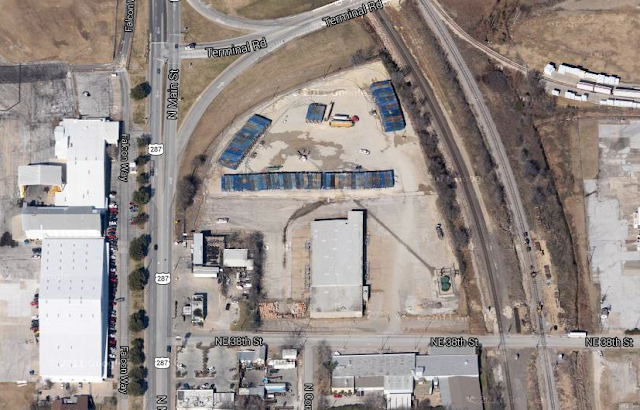 You can also go to StreetView to see the site up close and personal: 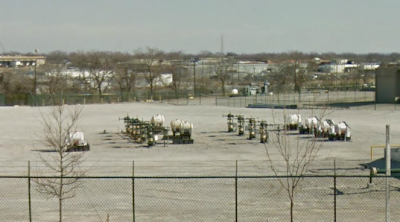 You can see the 9 well heads, with 'Christmas Trees' on top of them, and the tanks to one side. These tanks are likely collecting produced water coming up with the gas. You can see that there is no need for the big, open ponds for wastewater that have been blamed for causing problems in Pennsylvania (and which are illegal in the UK).

So, how much is this single pad worth? It has 9 wells. The average total production for US shale gas wells is currently something like 3 bcf (billion cubic feet) over their lifetime, so this pad is likely to produce 27 bcf. 1 bcf contains approximately 1 million MMBTU, so 27 bcf is 27 million MMBTU. The current US gas price is approximately $4 per MMBTU, so the total gas coming from this single pad will be worth over $100 million. In the UK, gas prices are currently more like £8 per MMBTU, so a similar pad in the UK might produce a volume of gas worth £200 million.

I'll admit to being a bit of a Google Maps/Earth geek, but it really is worth checking it out, so that you can explore the site for yourself from all the angles that StreetView provides. Here's the link, go and have an explore. And you can ask yourself, knowing the value of a single such well site to the UK economy might be over £200 million, can I, or can I not, accept their development in the UK? Personally, I struggle to think of many alternatives that can give as much buck for such a small footprint.