Update 23.5.2014: The report has now been released and is available here. The headline number is a resource of 4.4 billion barrels of oil in place.

The big news today is that the BGS report into the hydrocarbon potential of shale rocks in the Weald Basin will be released.

The Weald Basin stretches across the south of England, through the home counties from Dorset to Kent. It already hosts one very large oilfield at Wytch Farm (the EU's largest onshore oil field) and a number of smaller onshore oil and gas fields. The general public is largely unaware of these fields - I can speak from experience because I grew up almost directly above one of them - Humbly Grove in north Hampshire. I had little idea it was there until I went off to university to study geology. 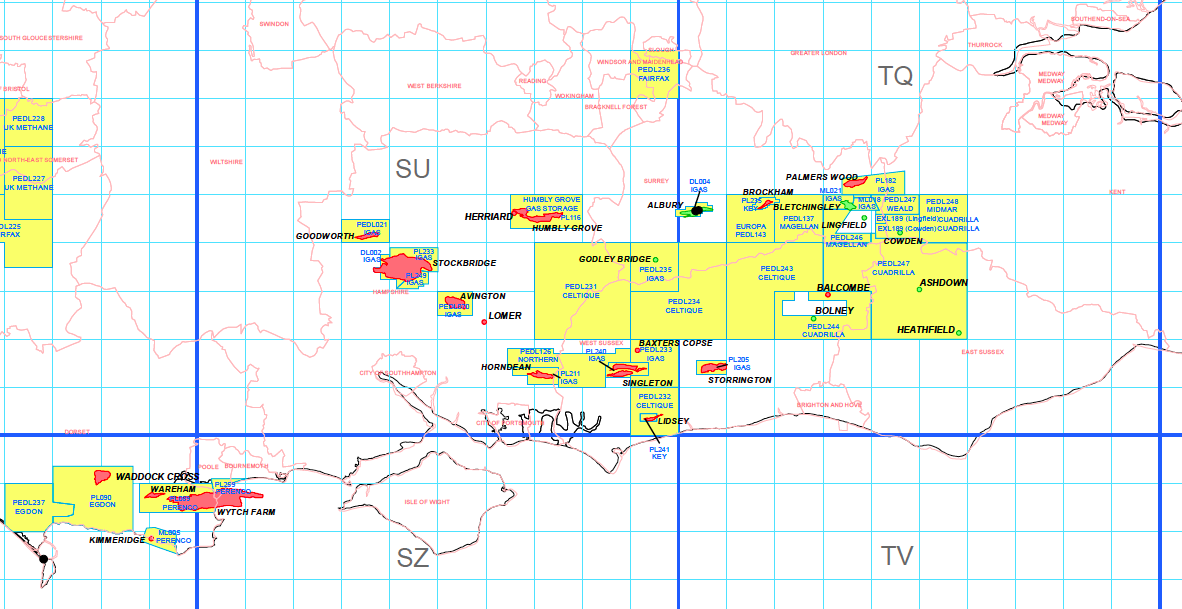 The report is scheduled to be released later today. I suspect I will be on the plane by the time it is released, but rumours are already circulating in the media. See here and here for examples.

Two things to note: firstly, all the talk is of shale oil, rather than shale gas. Secondly, the numbers being bandied about are, much like the BGS numbers for gas in the Bowland shale, very large. Again, the big question will be how much of this resource can be extracted.

In terms of production methods, the difference between oil and gas isn't particularly significant. Hydraulic fracturing is still used to create fractures in the shale rock, allowing the hydrocarbons to flow. The only difference is that it is a different hydrocarbon doing the flowing. However, of particular significance is in the value of the two products. Over the last 15 years, the price of oil has risen substantially. 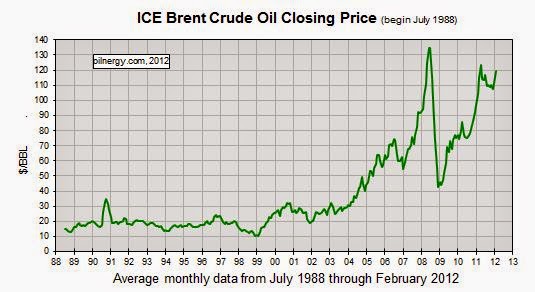 If the BGS numbers are accurate, and the oil can be extracted, then this may have a significant economic impact in terms of taxable revenue for the government, and also for the UK's balance of trade. We've seen the economic significance of oil in the war of words over North Sea oil that has accompanied Scotland's independence debate.

It may also have an impact on the way shale is being discussed in the UK. I have argued that gas is a necessary component of our energy system. However, opponents of shale gas argue that we should place more emphasis on renewables. I agree that we should place emphasis on renewables as well, but do not think we can do without some form of fossil-based electricity generation for a long time to come, and I would rather it be gas than coal. Nevertheless, a significant portion of shale gas opposition appears to stem from the desire to de-carbonise the electricity generation sector.

The fact that it is oil underneath the Weald creates a different argument. Oil is no longer used in the electricity generation sector. Oil has two main uses: as liquid transport fuels (petrol, diesel and aviation fuel), and in the manufacture of plastics and synthetic materials. It is difficult to see how an increase in domestic oil supply for these uses will have an impact on the deployment of renewable electricity generation technologies, which is the greatest fear of environmental campaigners who oppose shale gas.